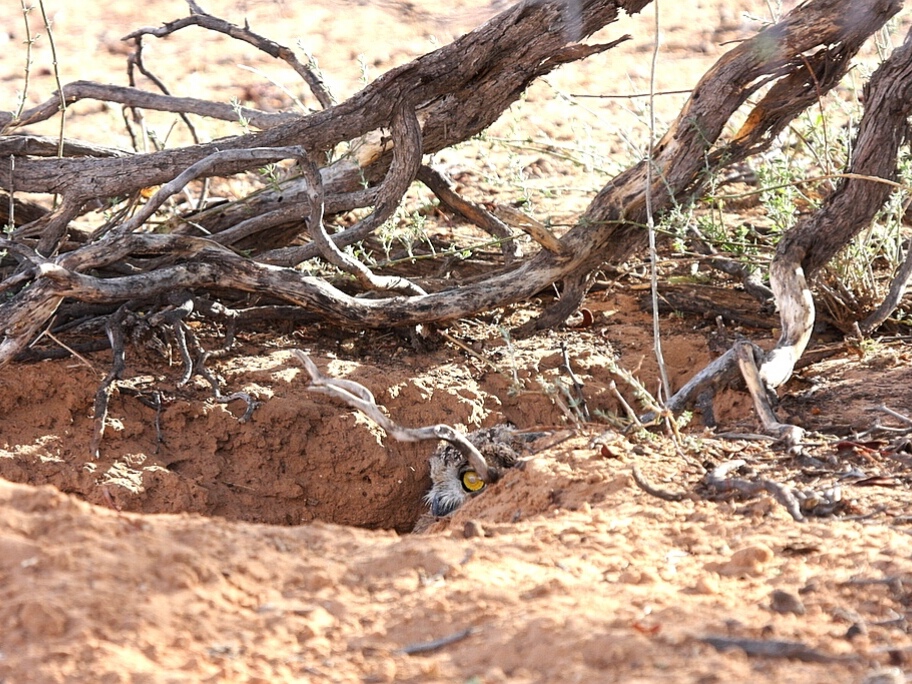 They are nocturnal hunters, the spotted eagle owl spends most of the day concealed in trees, rock ledges or abandoned burrows. The Spotted Eagle Owl is a medium to large owl with prominent ear tufts. The upper-parts of the body are dusky brown with pale spots, the under-parts are whitish and finely barred. Despite being one of the smaller eagle-owl species, the spotted eagle owl has an impressive one-metre wingspan. The facial disk is whitish to pale ochre and the eyes are yellow. 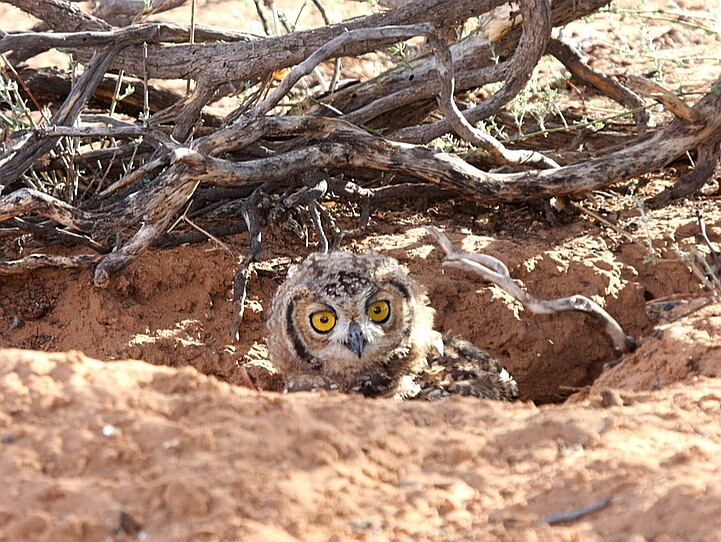 Some more information about the Spotted Eagle Owl

The Spotted Eagle-owl can easily be mistaken for the Cape Eagle-owl. To point out, the differences are the yellow eyes, smaller claws and striped legs. Their habitat includes Savannah, rocky outcrops, scrub, open and semi-open woodland, semi-deserts. Spotted Eagle Owls are distributed from Sub-equatorial Africa from Kenya and Uganda south to the Western Cape in South Africa. Their diet includes invertebrates, small mammals, birds insects, frogs and small reptiles. They live up to 10 years in the wild and 20 years in captivity and their main Predators are Martial Eagles. 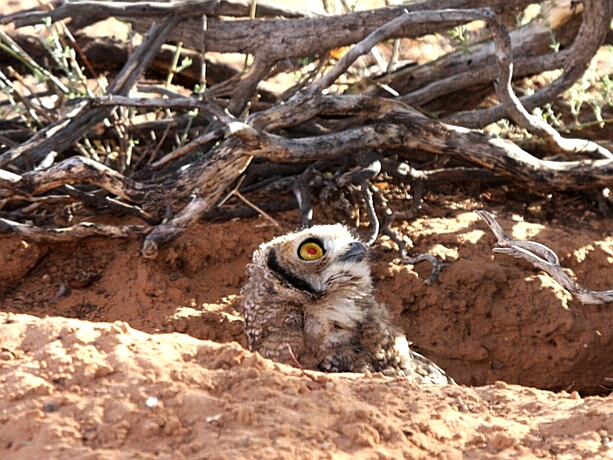 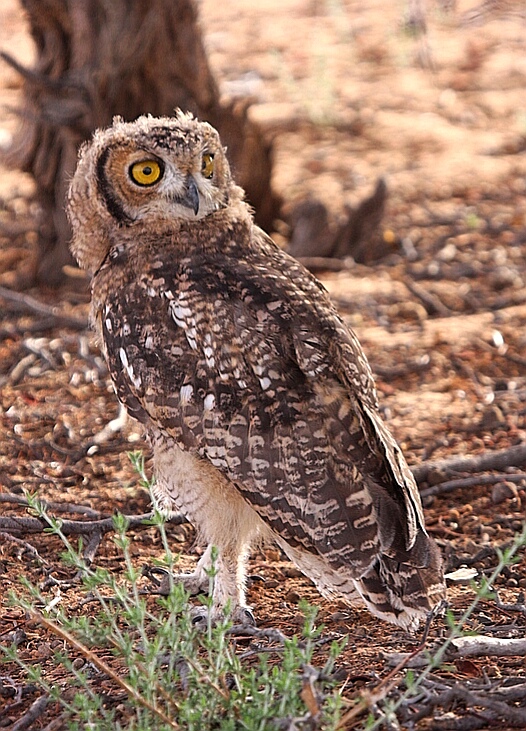 They obviously roost during the day, either in trees or among rocks. At sunset, they fly out in order to a perch to hunt. From the perch they scan the ground for movement, using both their eyes and ears to detect it. Indeed they fly silently in pursuit of whatever suitable prey they see. While roosting they make themselves as inconspicuous as possible, drawing their feathers tightly to their body and closing their eyes to hide any telltale glint and sitting dead still. At dusk they are quite conspicuous, perched in prominent positions and calling. 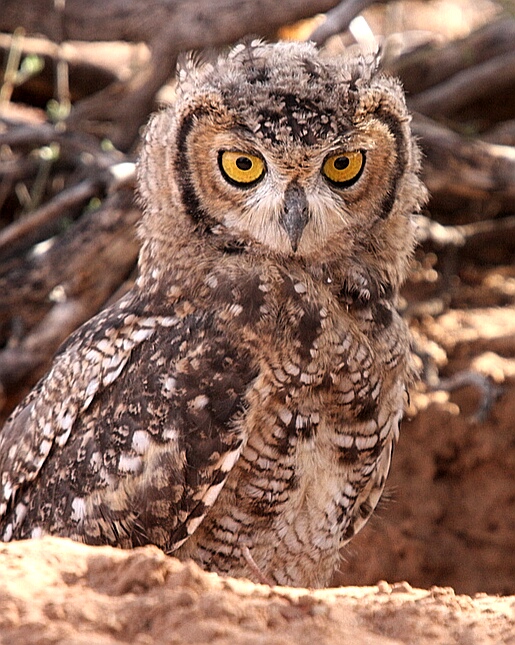 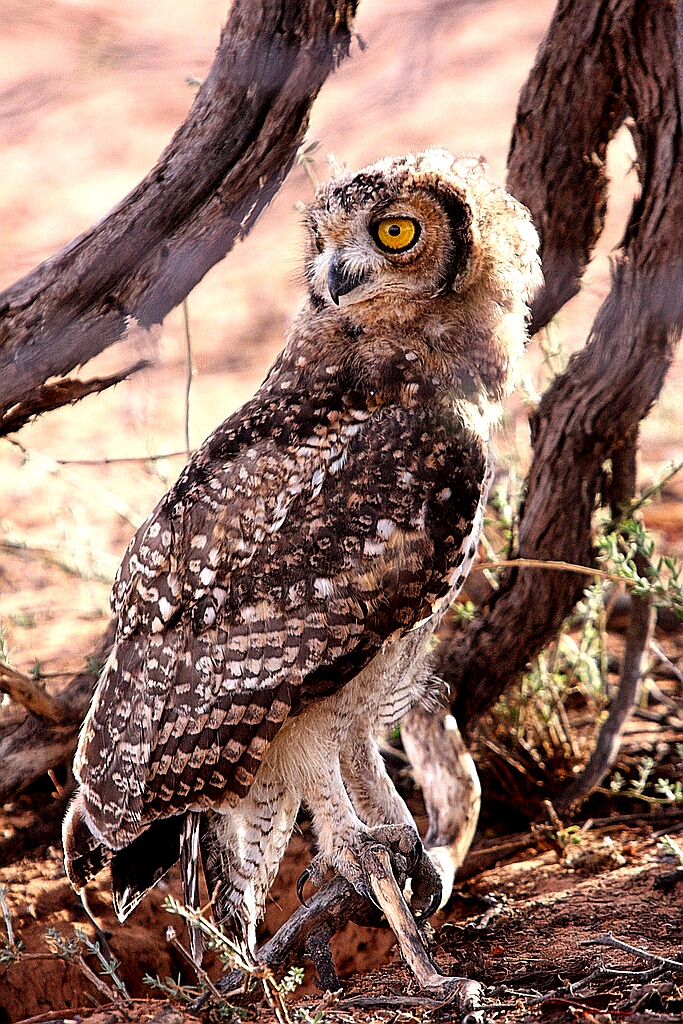