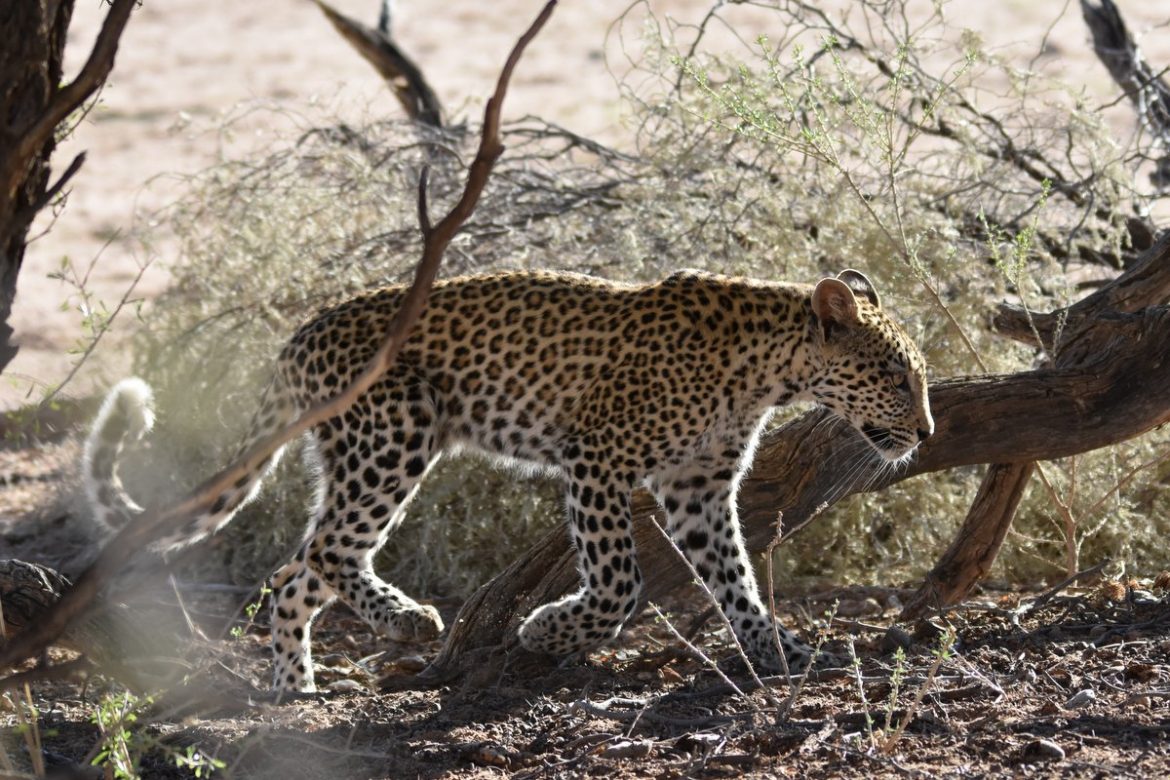 After almost a month in the park, we were desperate to get some fresh food, there were no potatoes, no salad, no veggies at all at the Mat Mata show. So we decided lets head to TR and the Kgalagadi Lodge. We would stay another 2 weeks.
Not thinking any second we could spot a Leopard after 10 o’clock we were pleasantly surprised when we discovered a young Leopard leisurely strolling down to the waterhole.
He bends down, drinking and looking around, thinks a few seconds about chasing some birds.
Scratching the ground, licking her nose, he’s so relaxed. Then he slowly walks up to the road again and crosses the path directly in front of us.
It’s Madi Miera’s son. Finally, he walks up into the calcrete slope and for some seconds takes a rest in the shade of some bushes.

We thought we’ve been lucky to watch this beauty over 15 minutes, but wait, there’s coming more! 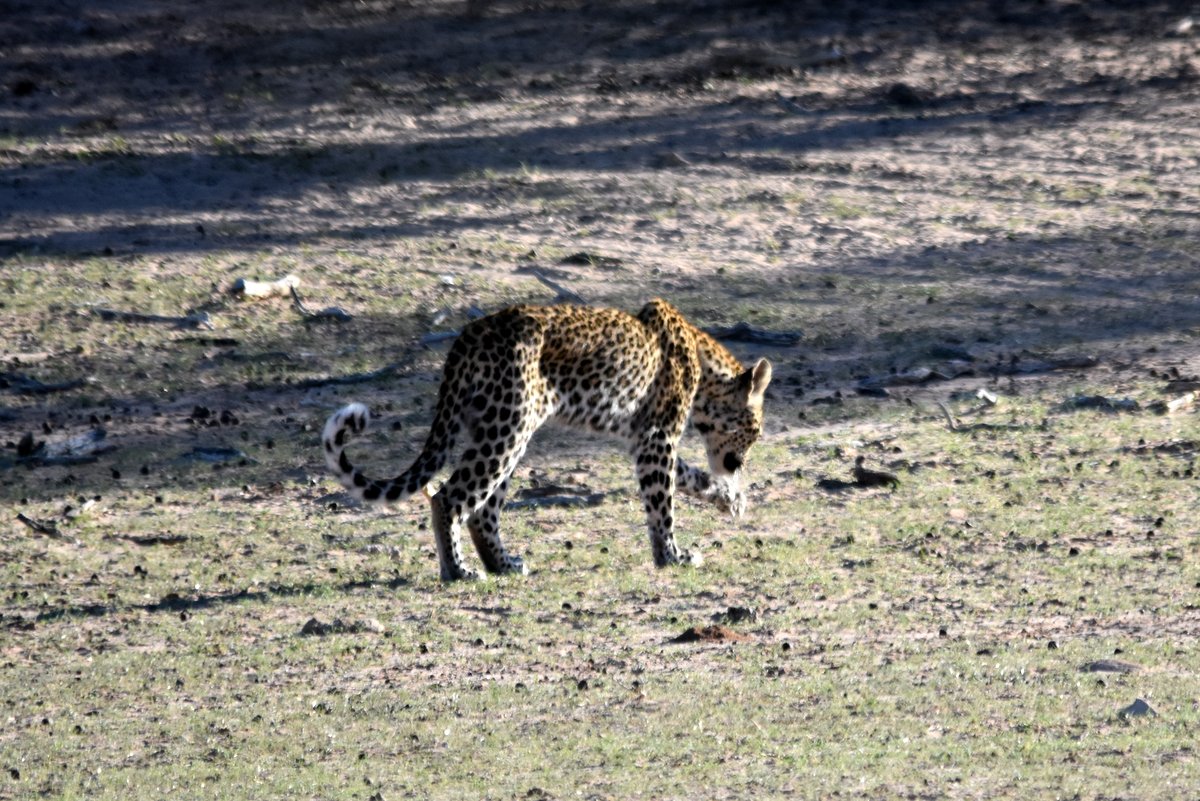 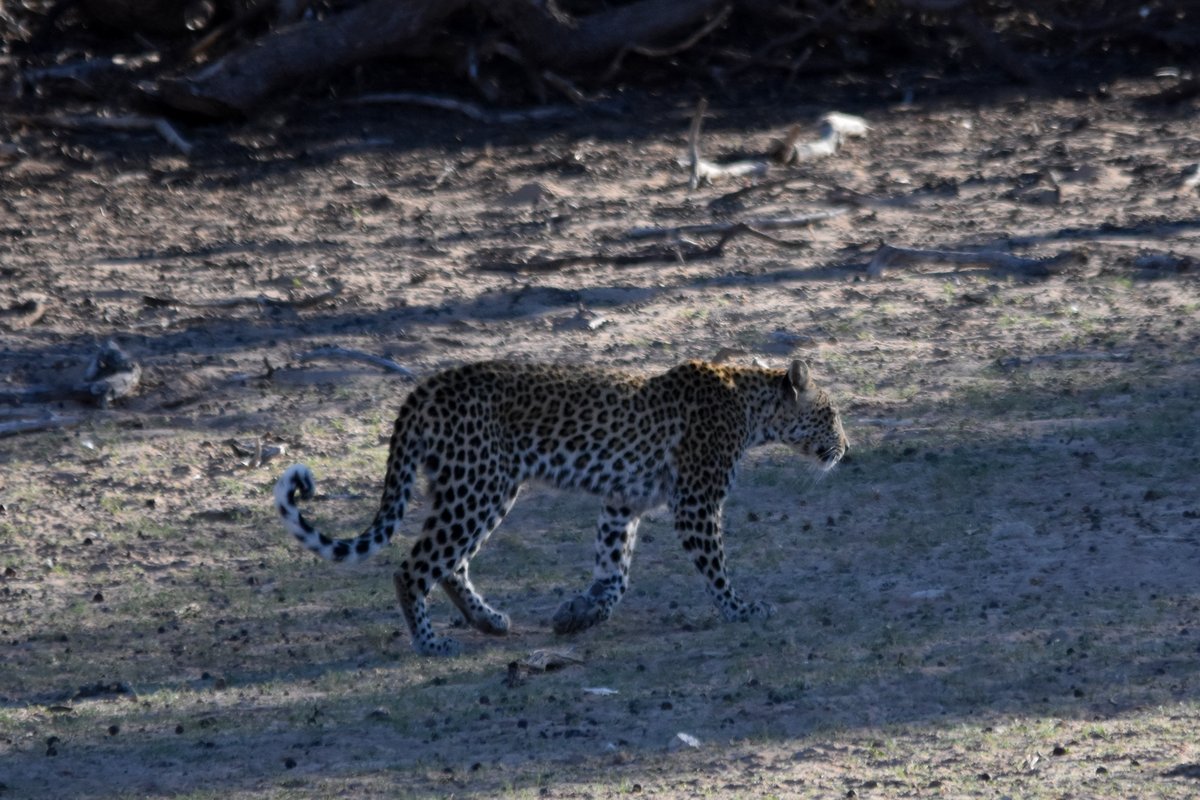 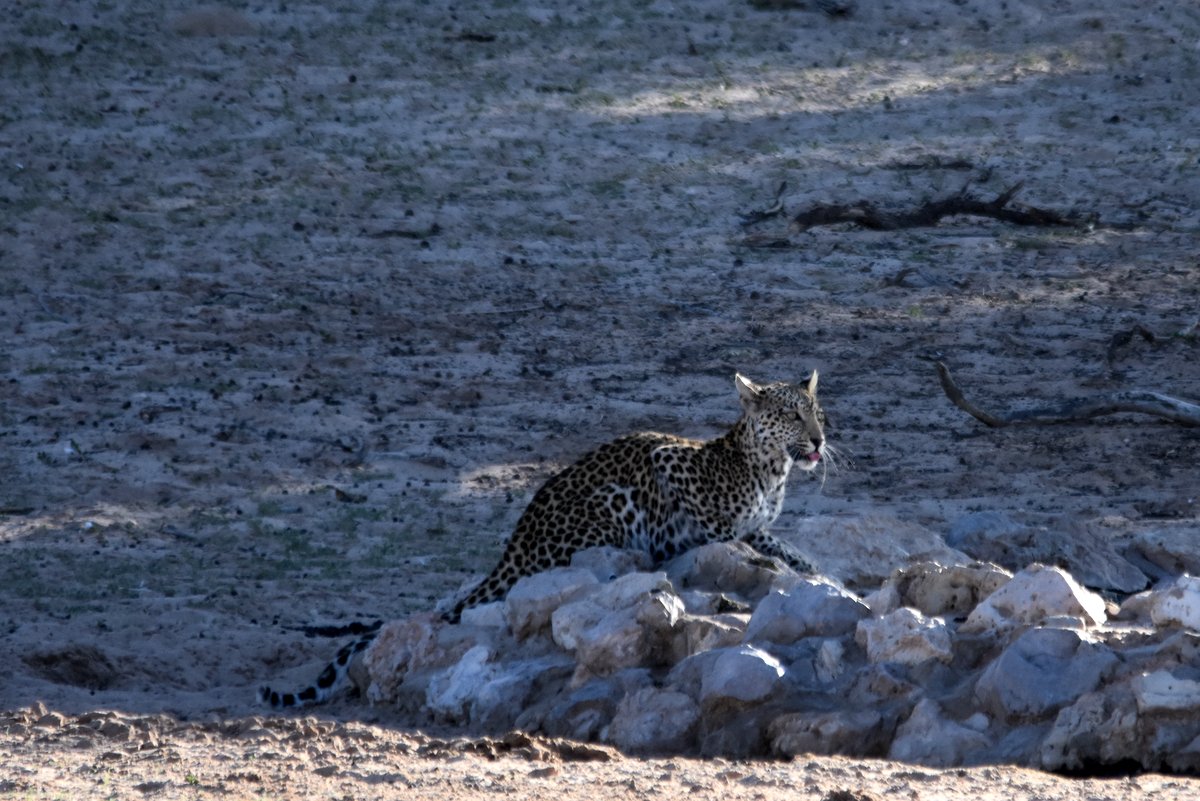 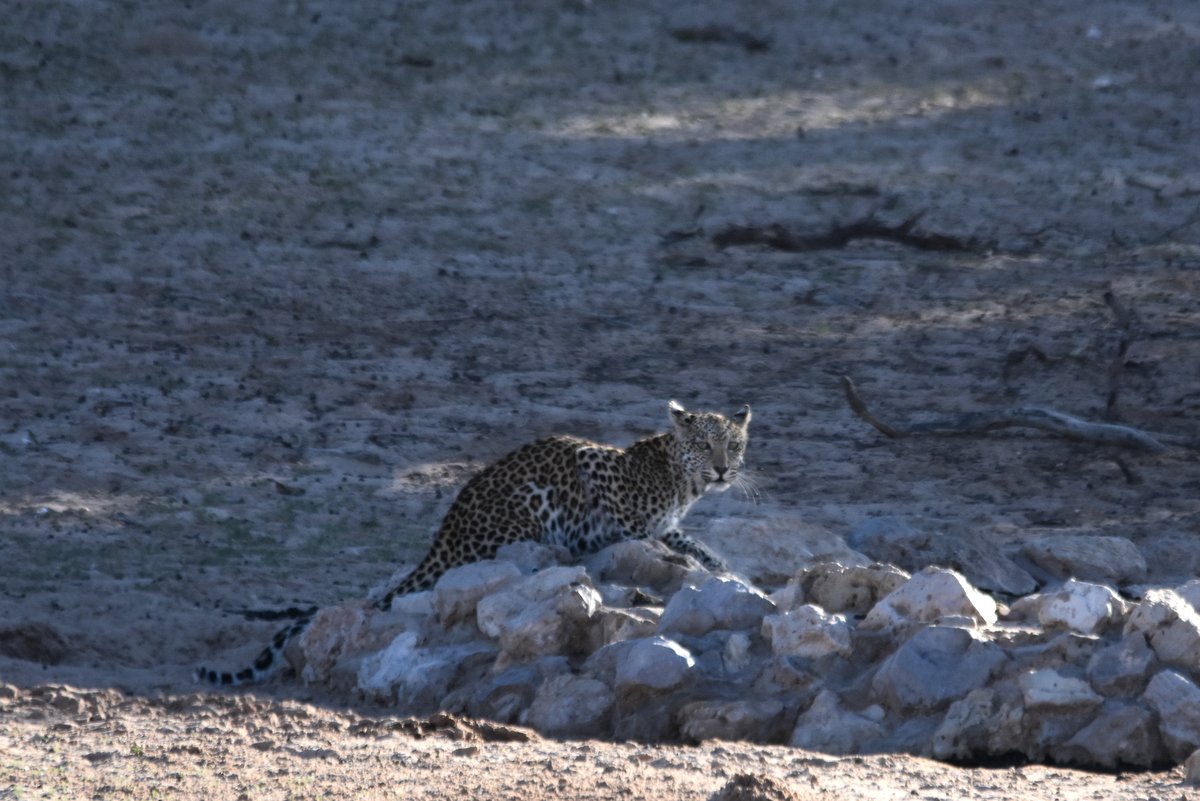 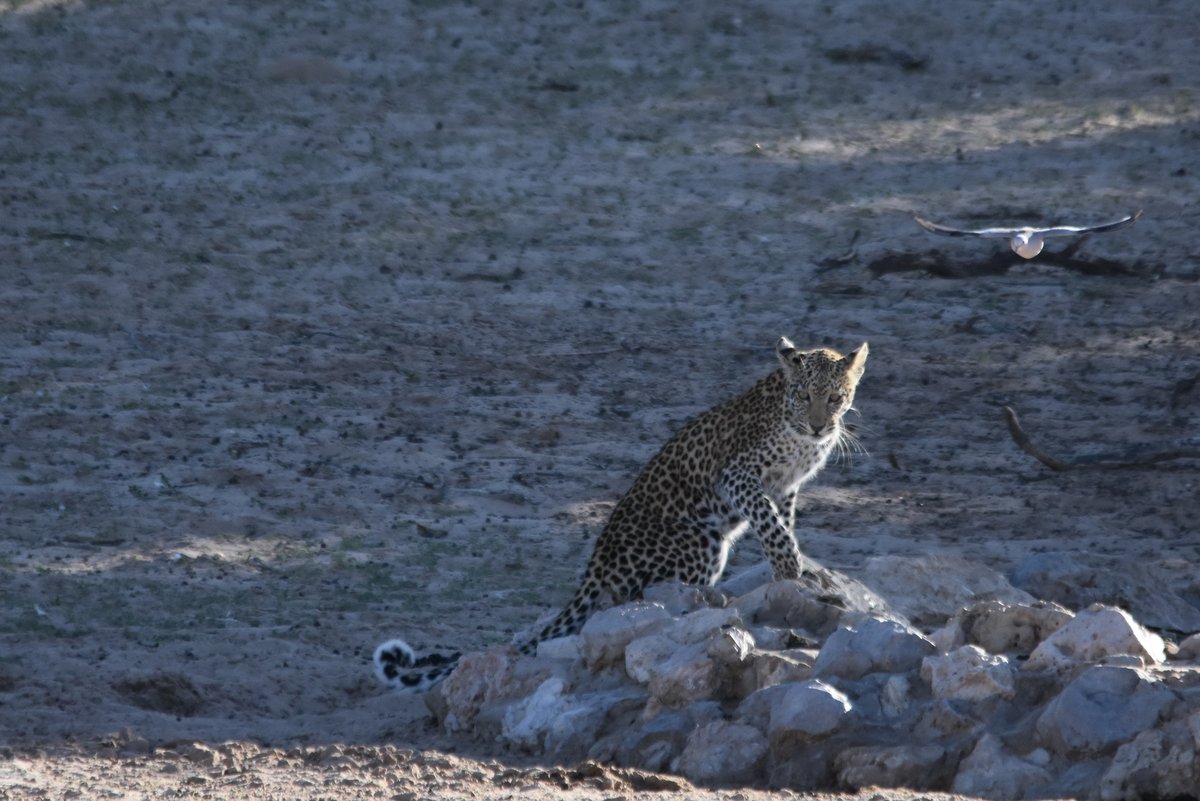 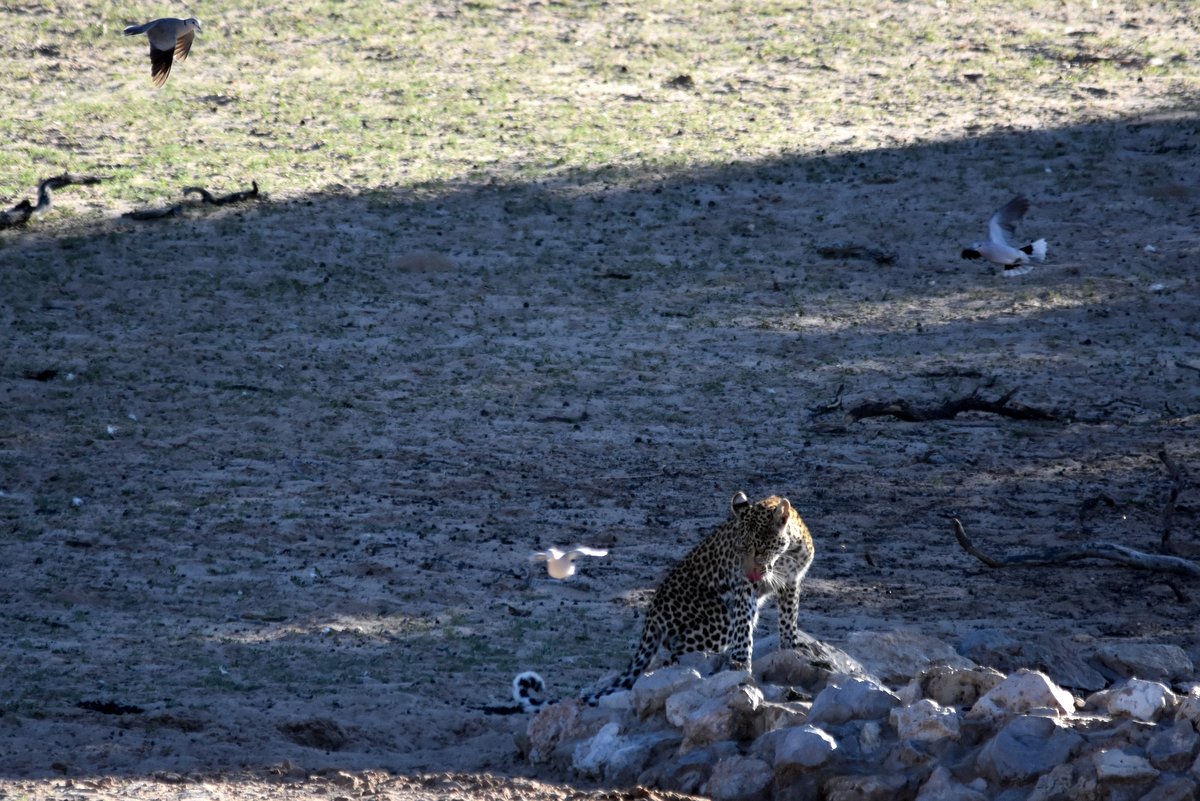 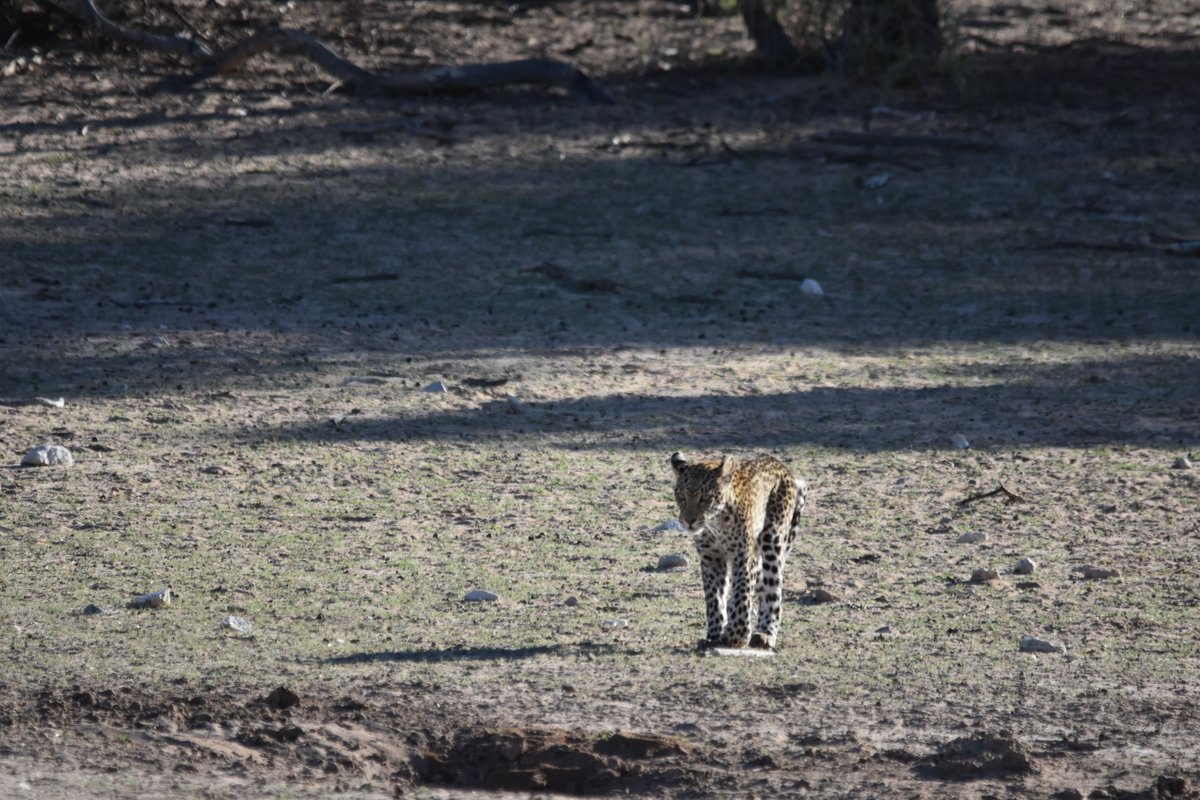 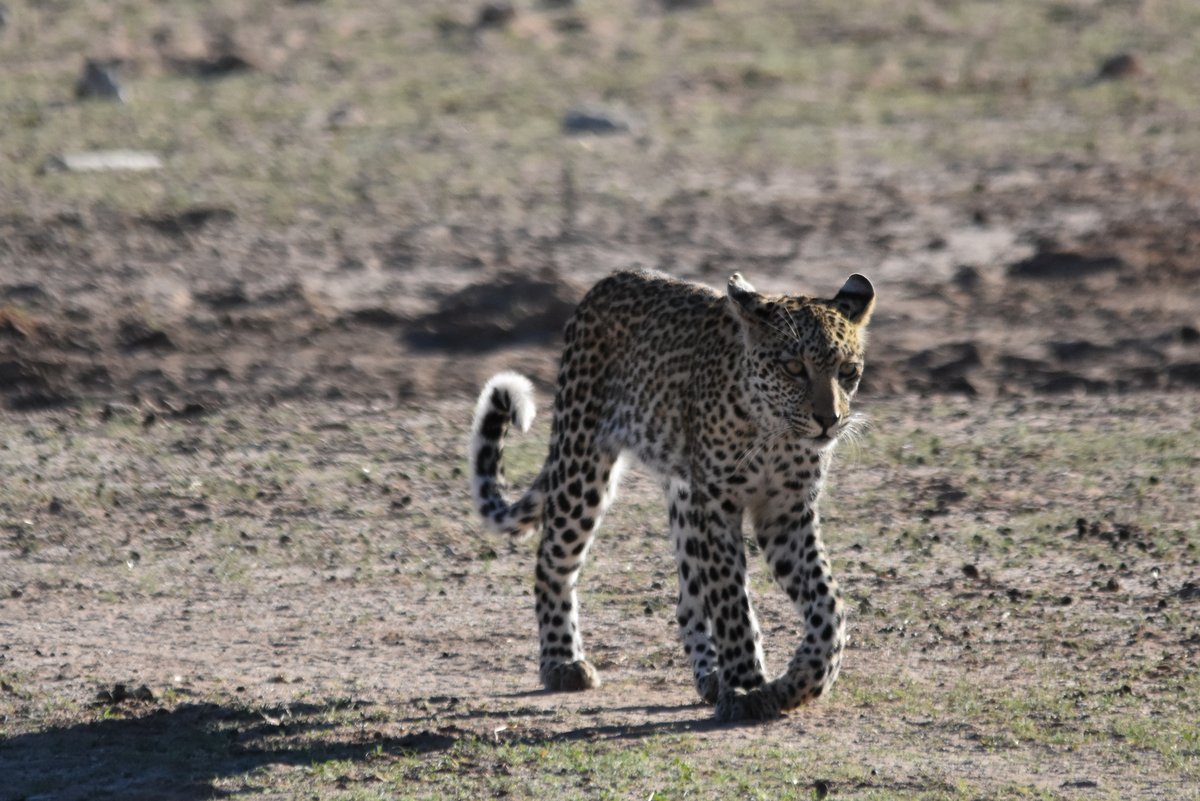 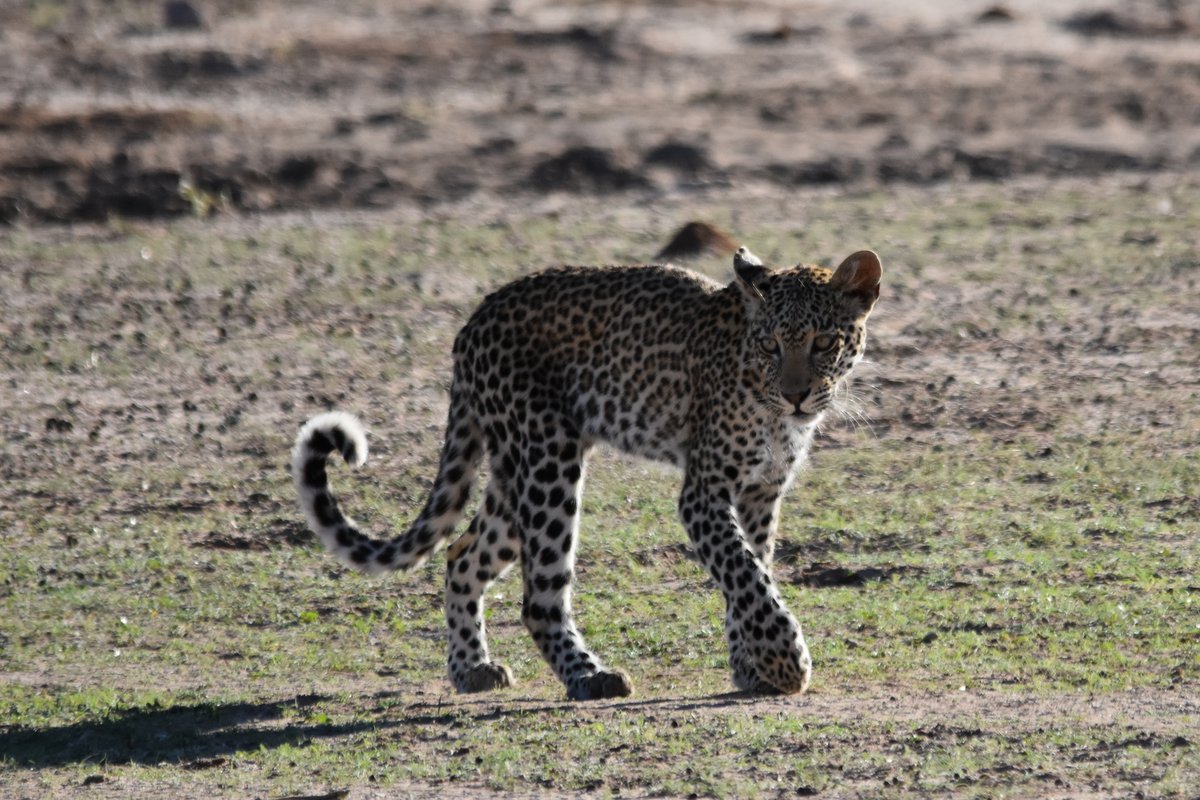 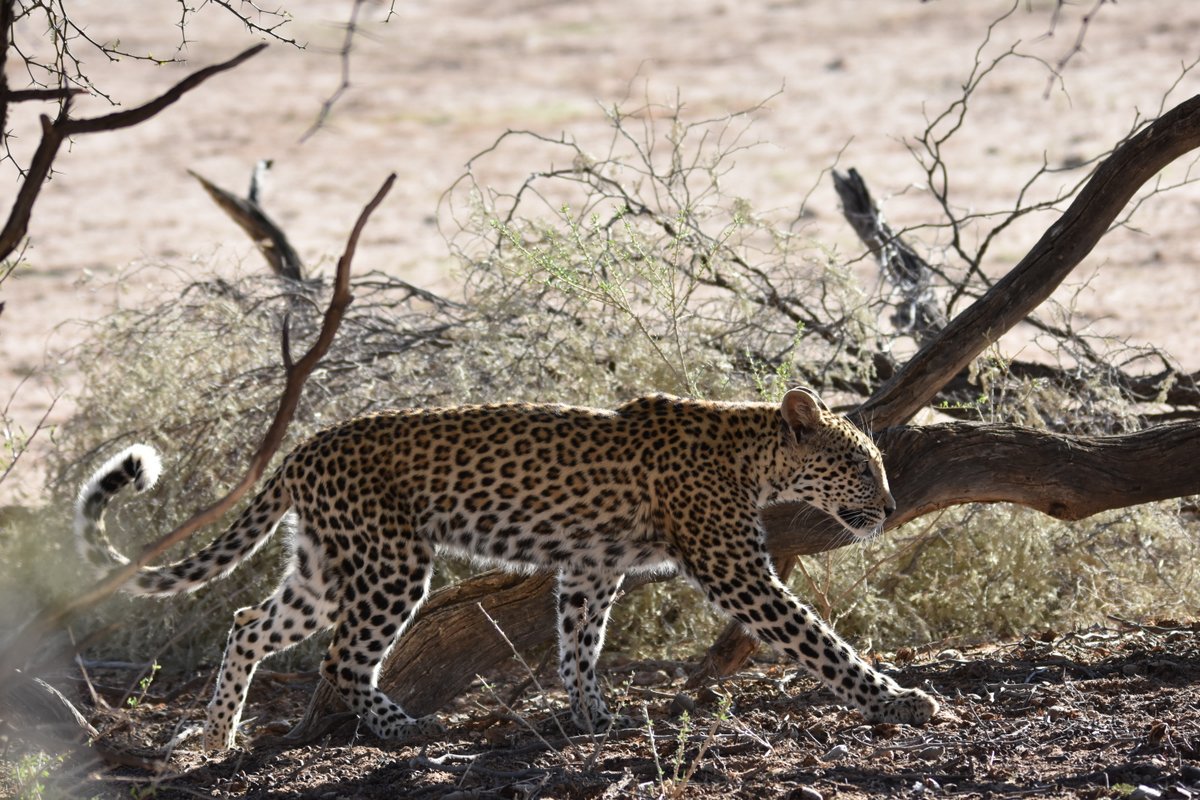 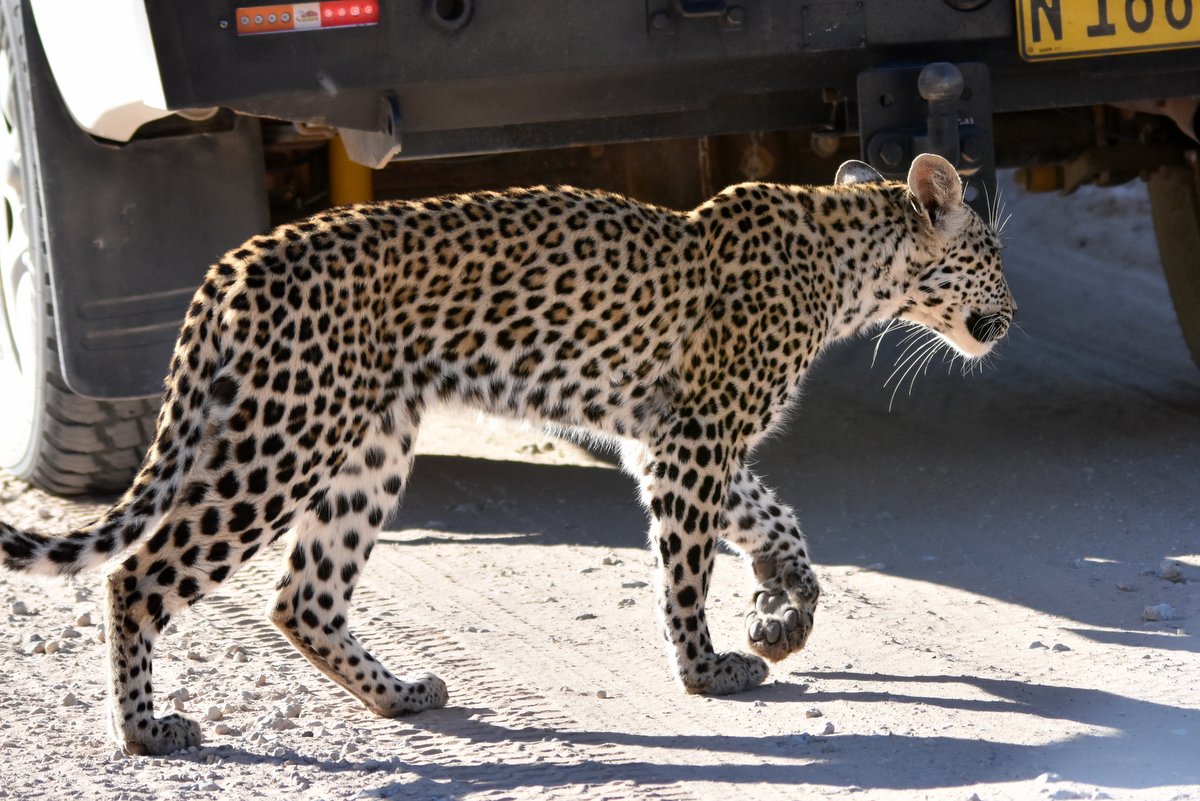 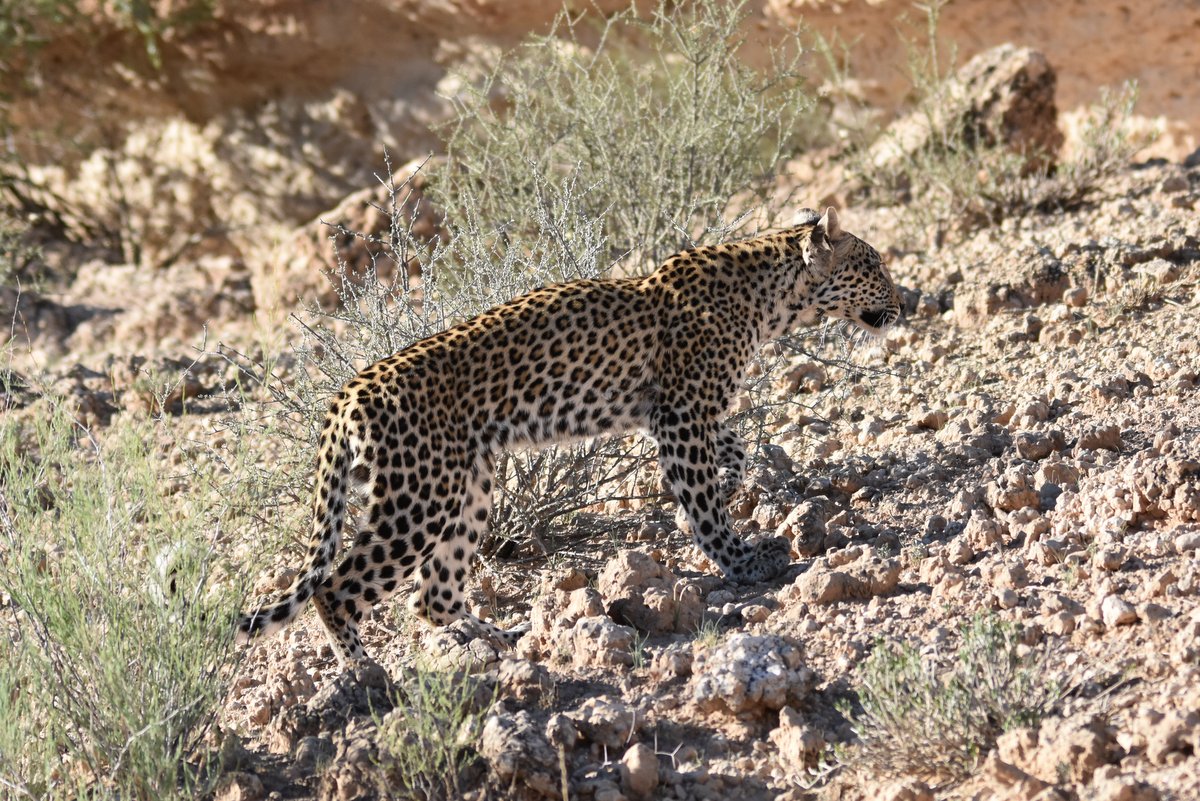 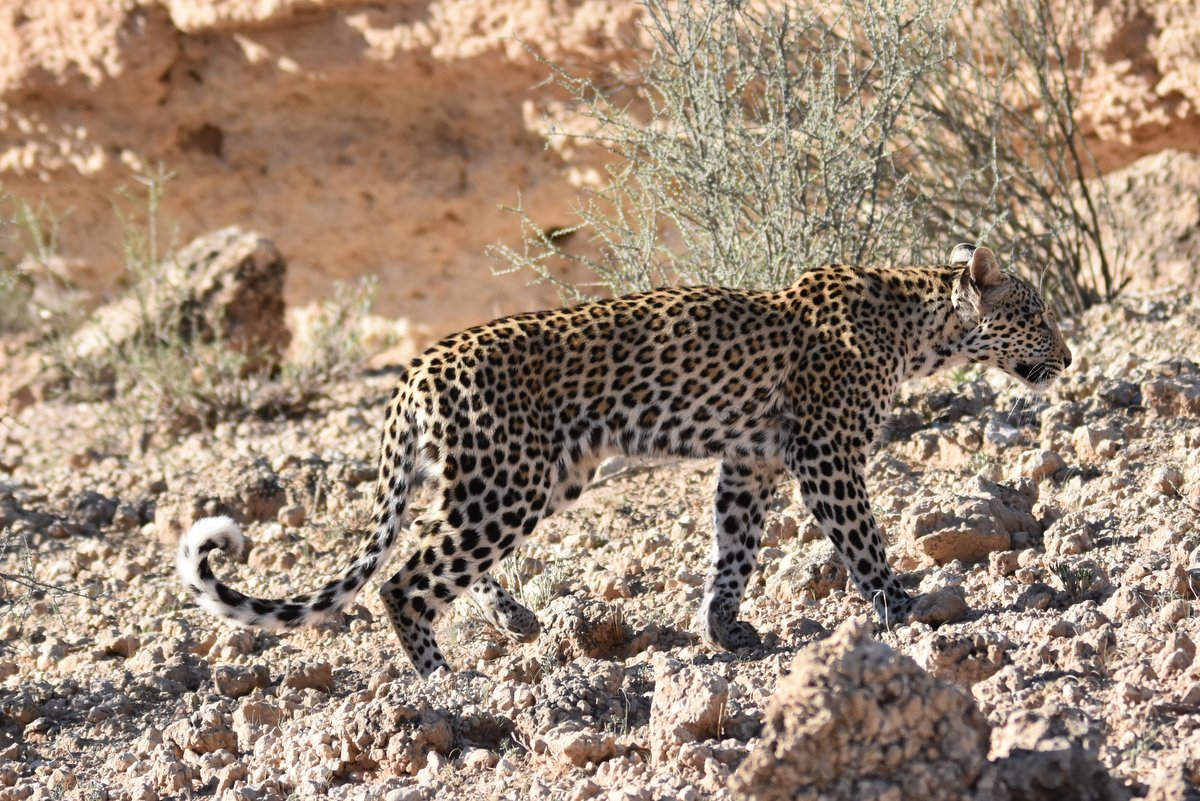 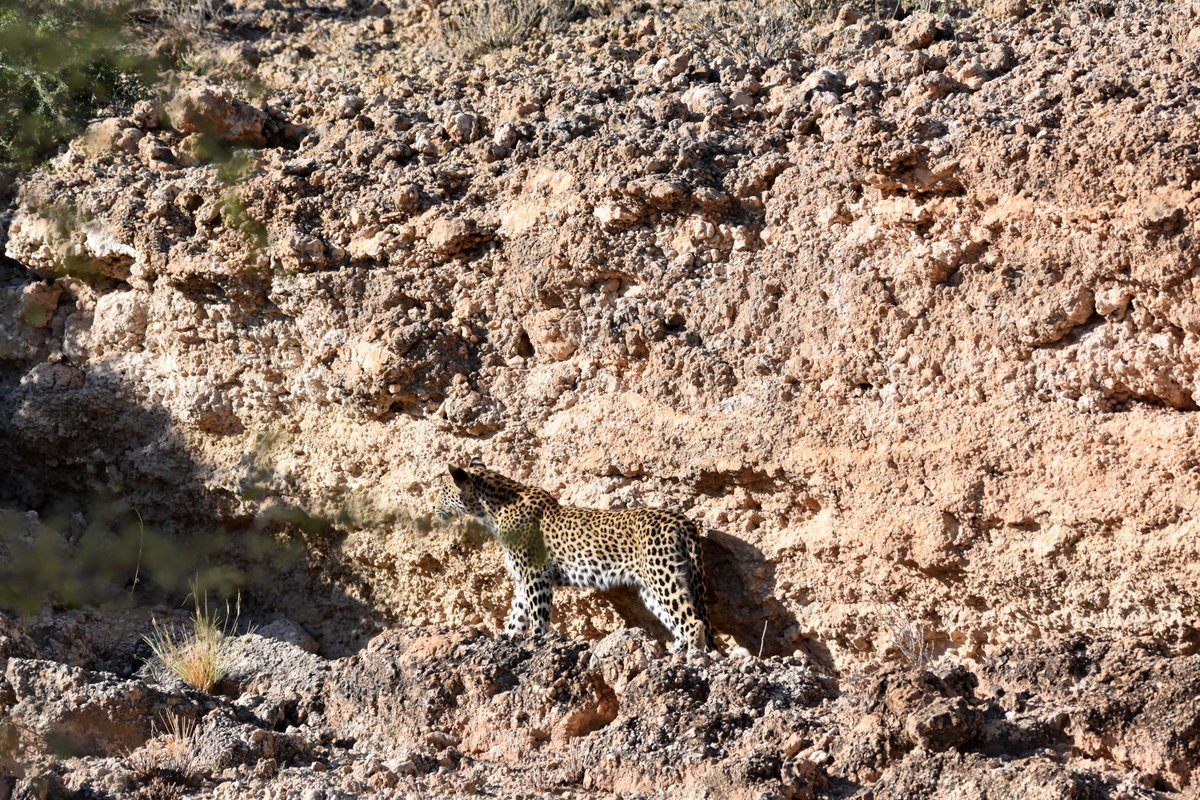 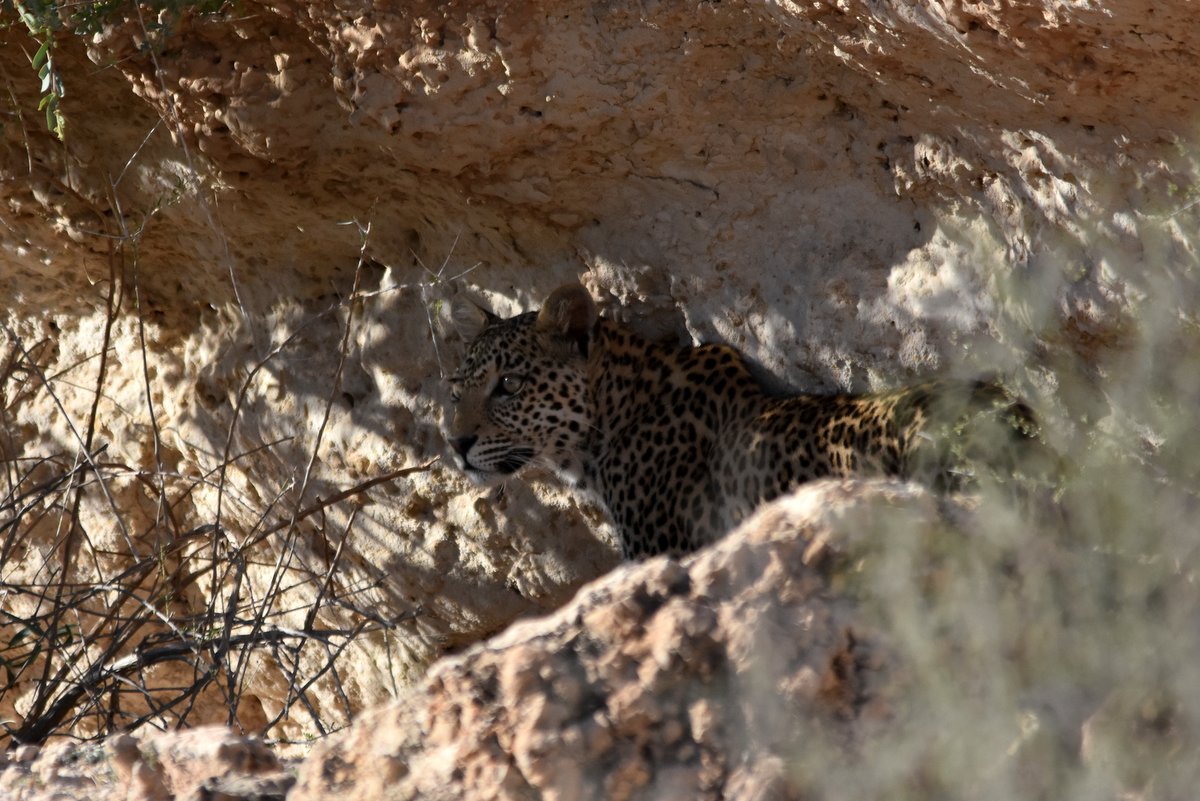