Animal cruelty charges were laid by NSPCA against Jan Steinman, a lion farmer in North West. The NSPCA found several contraventions of the Animal Protection Act after 108 lions, caracal, tigers and leopards were found in filthy and parasitic conditions.

Steinman, who owns the lion farm near Lichtenburg in the North West Province, is listed as a Council member of the South African Predator Association (SAPA).

“It is deplorable that any animal would be forced to live in such conditions, with such medical ailments. The fact that these are wild animals that are already living unnatural lives in confinement for the purposes of trade, just makes it more horrific”, said Senior Inspector Douglas Wolhuter (Manager NSPCA Wildlife Protection Unit).

Nematandani assured the PCEA that they had “implemented SAPA’s Norms and Standards [N&S] for Breeding and Hunting to make sure everything is above board”.

The conditions found by NSPCA inspectors at Pienika Farm, where predators are kept for trophy hunting and the lion bone trade, are not only in breach of national legislation on animal welfare, but also several SAPA regulations, including those on animal welfare, husbandry of lions for hunting, minimum enclosure size, and the trade of lion products. 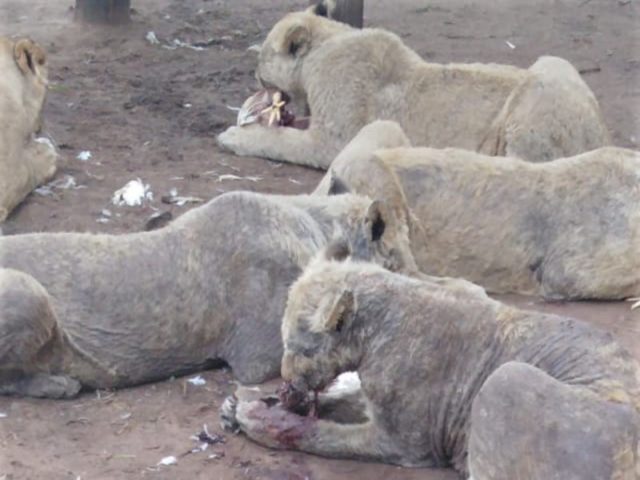 The N&S are binding to all SAPA members

These N&S are binding to all SAPA members and failure to comply will supposedly lead to disciplinary action and possible expulsion of the offender, according to the SAPA website.

Some of the enclosures on Steinman’s farm housed in excess of 30 lionesses, giving them less than one quarter of the prescribed minimum space set by SAPA’s N&S.

“However, the very fact that SAPA have qualified their N&S with the word “undue” negates their N&S”, says Karen Trendler (Manager NSPCA Wildlife Trade & Trafficking Portfolio). “SAPA basically suggests that there are justifiable times for an animal to be hungry or thirsty, or suffer from fear, pain or disease, which is totally unacceptable in terms of animal welfare.”

In response to a public outcry in 2016 over emaciated lions on Mr Walter Slippers farm in Limpopo, SAPA publicly distanced themselves from Slippers, stating “if Mr Slippers had been a member and owner of a SAPA-accredited facility, we would have taken note of the unfolding tragedy and would have been in a position to act much earlier to prevent this lamentable state of affairs”.

However, that same year then SAPA Chairman Prof. Pieter Potgieter admitted in a Four Corners interview (Australia’s leading Investigative journalism programme) that some SAPA member facilities don’t comply with their “ethical code”. He also stated that out of the 200 SAPA members, he only managed to visit five farms.

It is unclear how SAPA enforces its N&S or how it deals with non-compliances of member facilities. Slipper’s non-membership was a convenient way out for SAPA in 2016. However, they must now be held to accountable to take appropriate action against Steinman. 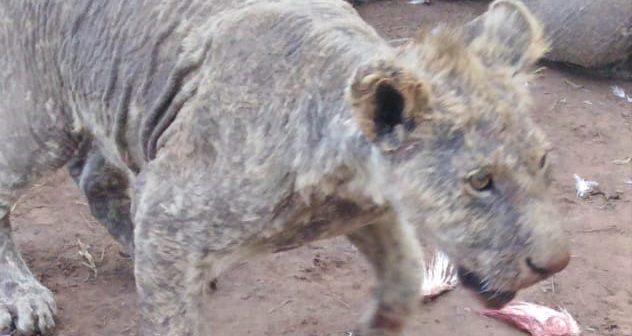 The current animal cruelty case of a SAPA member

The current animal cruelty case of a SAPA member facility in the NW once again demonstrations that the captive predator breeding industry continues to operate unchecked and unregulated, and animal welfare remains a huge concern.

There is no incentive to keep lions in a healthy condition, as all that is used are the skeletons for the lion bone trade. The Department of Environmental Affairs (DEA) has set a legal annual export quota of 800 lion skeletons, normally used in the Traditional Chinese Medicine market or to be carved into jewellery.

Last month, DEA backtracked on the Parliamentary Resolution to introduce legislation to end the Captive Breeding of Lions in South Africa and proposed instead to allow the industry to continue with the introduction of regulation and appropriate legislation.

“On the 2nd May 2019, the NSPCA laid criminal charges against the owner of the farm at the SAPS Lichtenburg station based on several contraventions of the Animal Protection Act”, says Wolhuter.


What you can do

Contact Mr Kirsten Nematandani (SAPA President) to tell him and SAPA your opionion.

Contact the government official listed underneath to tell them your opinion.

Department of Economic Development, Environment, Conservation and Tourism of the North West Province