One sunny afternoon we did what we often do, just park at the Craig Lockhart waterhole (in the Kgalagadi Transfrontier National Park). It was almost time to head back to camp when two cheeky black-backed Jackals caught our attention. Jackals are always fun to watch, they behave similarly to domestic dogs and who would not love watching animals play? They finally had scuffled enough and one of them went to the waterhole to quench his thirst. Alas, in the next moment, he dived into the water and pulled out a very dead dove! 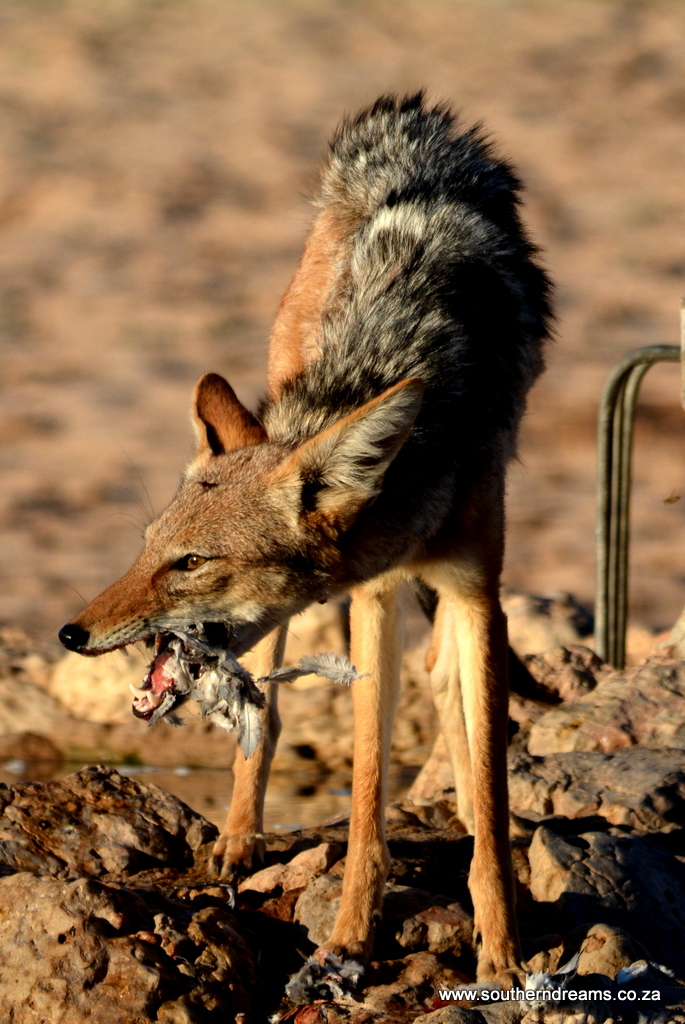 * The black-backed jackal is recognized by the mantle of black hair on the back that contrasts with the rust-coloured body. The tail is black­-tipped. The black-backed jackal is usually the most frequently seen, as it is more diurnal than the other two species. They usually live singly or in pairs but are occasionally found in loose packs of related individuals where their behaviour is highly synchronized. They are among the few mammalian species in which the male and female mate for life. Mated pairs are territorial, and both the female and male mark and defend their territory. Jackals can best be described as opportunistic omnivores. They cooperatively hunt small antelopes and also eat reptiles, insects, ground-dwelling birds, fruits, berries, and grass. They will pick over kills made by large carnivores and even frequent rubbish dumps in pursuit of food.