The definition of Canned Hunting is “a trophy hunt in which an animal is kept in a confined area, such as a fenced-in area, increasing the likelihood of the hunter obtaining a kill.” More than 20 years ago, in 1997, the findings of The Cook Report investigation were presented to the public. The British programme featured Roger Cook travelling the world to investigate serious criminal activity, injustice and official incompetence. It uncovered the inhumane practices of Canned Hunting in a diabolic segment of the trophy hunting industry. According to the report, certain lion breeders were raising lions purely for trophy hunting. South African farmers breed lions in captivity, from cubs to adults. They then release them in confined spaces just before the hunter’s arrival, paying about $20,000 to 30,000 for a kill.

Sometimes the animal is drugged to make it easier to kill. Fresh meat is used to lure the lion to a place where the hunter lurks. The felines are so accustomed to humans that they amble up to the person waiting to kill them. Not surprisingly, the success of such a hunt is 99 %. Already in 1997, a breeder told Roger Cook: “Canned lion hunting is like shooting fish in a barrel. It’s unethical, it’s bloody easy, and it’s earning a lot of people a lot of money.” * 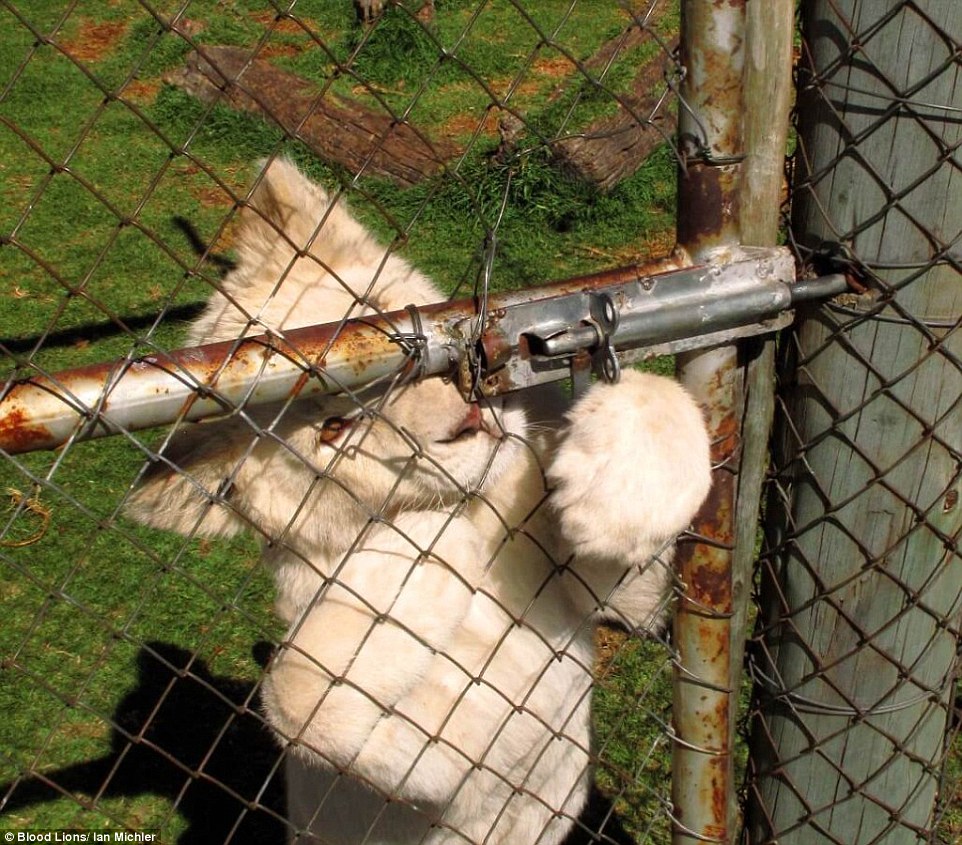 The biggest issue is that these lions are often inbred. They are maintained and kept in small enclosures until being hunted. This could be between five and seven years for a trophy male. Concerns are about the manner of death and the conditions under which these lions were being bred. They spend years in poor environments before being hunted by foreigners that want a guarantee. They prefer low-risk and low-cost kills and a lion trophy to take home. The concept of fair chase was naturally absent from such hunts, as the Lions were unable to escape. Most of the lions are bred in captivity are of no value to maintaining the populations in the wild.

The canned hunting industry that existed in 1997 was not regulated. All that the breeders needed was a permit to breed lions in captivity. Soon the lion farmers started holding lions without permits. In South Africa, the provincial authority can override any decision made by the central government. Legislation is recommended to provinces, but they can implement it or not. This strange situation allowed the canned lion hunting industry to develop. 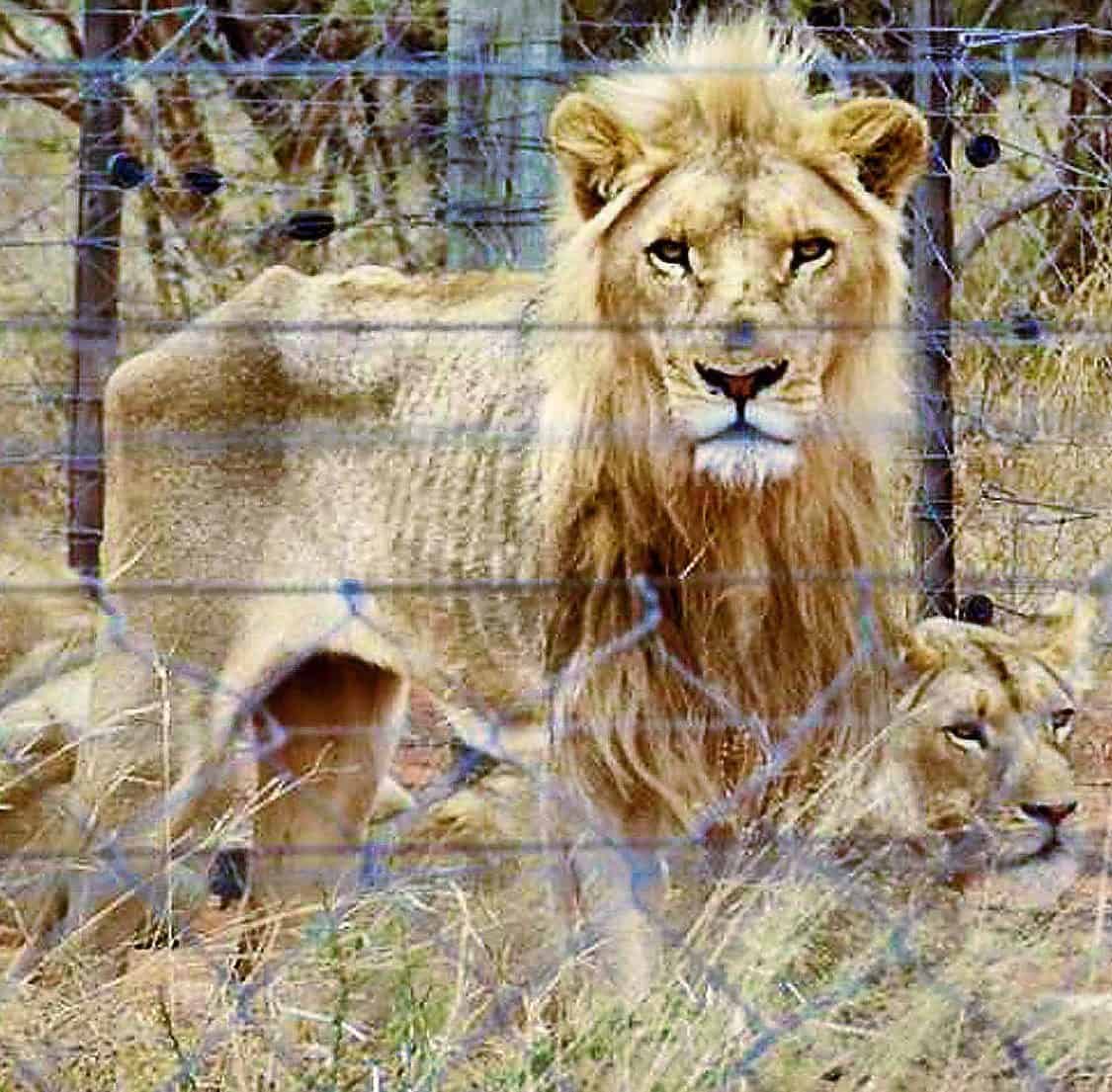 “What the government then did was hold public participation meetings with the South African public and the hunting industry. Issues discussed included whether canned hunting should be allowed to continue in South Africa. How can the industry be regulated? A panel was established to consider these issues. The panel recommended that the canned hunting industry be shut down, but permits had already been issued, and breeders had spent millions developing these operations. Lion breeders began bringing legal cases against the government.

The fact remains that the industry should have been phased out if public opinion was against this form of hunting. But the government actually did not follow through, and the whole process effectively became a farce. (Only) in 2004, the National Environmental Management – Biodiversity Act 10 of 2004 was passed. Part of the Act included the Threatened Or Protected Species (TOPS) Regulations. The law effectively said that game farmers and reserve owners could continue to breed lions. Still, the regulations do not specify things such as the size of enclosures and other issues about animal husbandry and welfare.” * 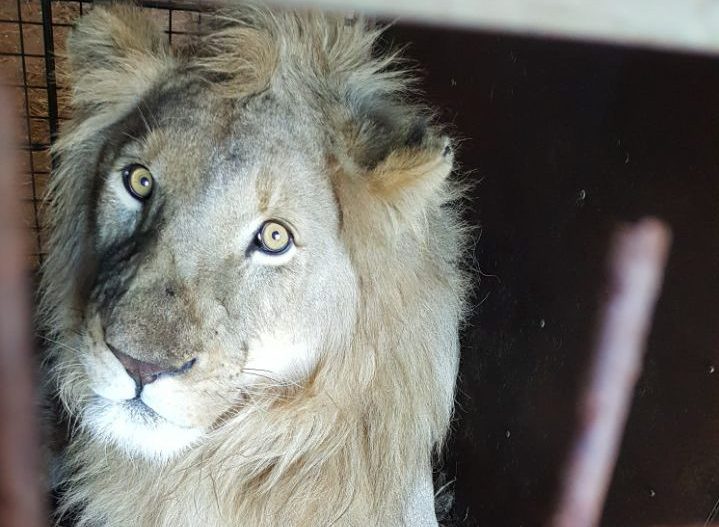 The Discovery of a Lion Abbatoir

Until today, the Department of Agriculture, Forestry and Fisheries (DAFF) and DEA point fingers at each other. In May 2018, a lion abattoir was discovered in Free State: “According to Albi Modise of the DEA‚ the department could not comment on mass-killing of lions as the welfare of these captive-bred lions fell under the mandate of the Department of Agriculture‚ Forestry and Fisheries (DAFF)‚ and was therefore not the DEA’s concern. When approached on this statement, DAFF refused to comment and said that the lions weren’t responsible. Rather than of the Free State Department of Economic and Small Business Development (DESTEA). DESTEA is responsible for the issuing of killing permits for captive-bred lions in the Free State. The primary responsibility of the Lions’ welfare resides with the SPCA and animal owners.”

Among the many organisations fighting the canned hunting industry for many years, CACH and BLOOD LIONS really stand out. CACH (Campaign Against Canned Hunting) is a global NGO dedicated to eradicating the barbaric practice of canned lion hunting and its spin-offs. BLOOD LIONS exposes the exploitation of unethical practices—activities associated with wildlife interactive tourism, including cub petting and walking with lions.

The front facade provides lovely lion cubs to be fed, petted and photographed by well-meaning tourists. Thousands of volunteers pay millions every year to stay at lodges to foster lions.  At exhibitions, animals when they get older, tourists pay to walk with them. Petting, feeding and walking with lions is big money for their breeders. While awareness grows and trophy hunting shrinks, the trade with lion bones exploded in the last years. Over 260 lion farms try to monetize their huge investments. Between 2008 and 2015, DEA issued permits for the export of more than 5.400 lion skeletons. Nearly 98% of the permits went to Laos and Vietnam.  These countries are central hubs for illegal wildlife trafficking. In 2017, the DEA approved an export quota of 800 lion skeletons from captive-bred lions. In 2018, the DEA doubled the quota to 1500 skeletons.

The publishing of several reports, like the Bones of Contention Report – 2015, the Cash Before Conservation – Born Free Report – 2018 and The Extinction Business Report – EMS and Ban Animal Trading – 2018, finally forced the government to act.

A Colloquium on Captive Lion Breeding for Hunting in South Africa: Harming or Promoting the Conservation Image of the Country will occur on 21 & 22 August 2018 in Cape Town’s parliament.

Although canned hunting has been practised (not always legally) in South Africa and neighbouring countries for many decades, sadly, it is also taking place in the United States.