24 Lions relocated to Mocambique – Update May 2019 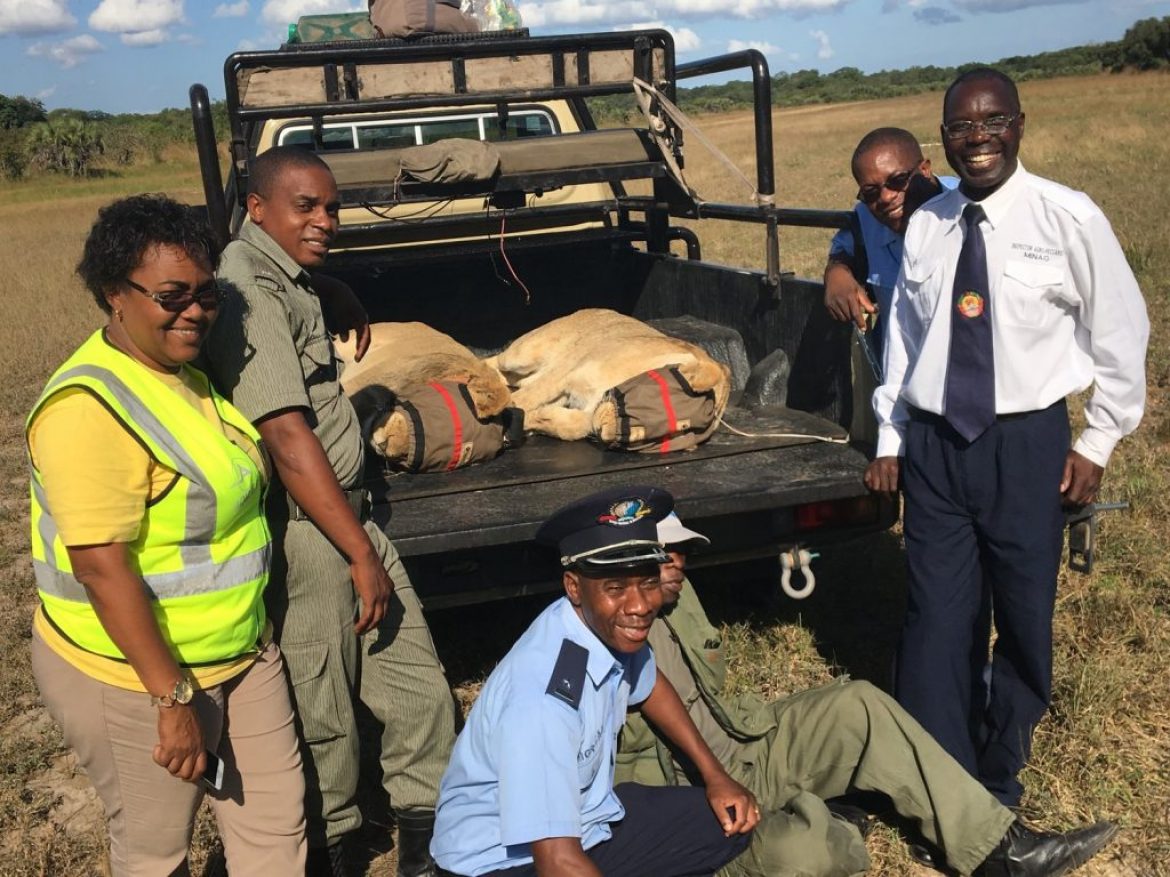 24 Lions relocated to Mocambique in 2018 to a 2.5 million-acre habitat in the Zambeze Delta area. After years of civil war in Mozambique, Lions were all but lost in the Zambezi Delta region. The introduction of  Lions from South Africa in 2018 will grow the population to as many as 500 within 15 years. It was the largest move of Lions across an international boundary in history. The environment was once decimated by civil war and poaching in Mocambique. It has only benefited as a result of a 24-year effort led by Zambeze Delta Safaris. However, in spite of these efforts, the lion population has struggled to recover. Lions have are extinct in 26 African countries. Twenty Four Lions is determined to make sure that Mozambique doesn’t join that list.

There was very little wildlife in the Coutada 11 concession, in central Mozambique, when Mark Haldane, a South African hunter and one of the architects of the lion reintroduction, first arrived in 1995. In a spontaneous decision, Haldane bought the lease from a German owner who wanted nothing more to do with war-torn Mozambique. At the time, there were fewer than 44 sable antelope and perhaps a thousand buffalo on one million acres. The forests were full of snares and traps for small game species, and signs of civil war were everywhere.


Operating a single hunting lodge, Haldane dedicated much of his time and resources to helping the wildlife return by investing in anti-poaching measures, such as motorbike patrols and a team of scouts. There are over 3,000 sable antelope on the concession today and the block holds some 25,000 buffalo.

6 cubs have already been born

Haldane and his partners on the project spend a lot of time with the community living in the concession. Haldane employs some villagers at his camp, but most rely on subsistence farming.


In order to keep the genetic mix as wide as possible, the team sourced the Lions from various reserves in South Africa and kept them all in a boma in KwaZulu Natal’s Mkhuze Game Reserve for three weeks to complete medical tests. In two private planes for the journey to Mozambique in May 2018 the 24 Lions did fly to Mocambique.

Already, six cubs were born since the Lions’ release. Many don’t like the idea that Zambeze Conservation and Anti Poaching, a hunting orientated venture, is the head behind the relocation. But not all hunting outfitters are doing bad things. The past has shown that when Lions return to a previously wildlife-emptied area, all other wildlife will sooner or later come back. These particular Lions will never be hunted.

We are sure, Coutada 11 will be a stronghold for the wild African Lion in the future.

[pdf-embedder url=”https://www.southerndreams.co.za/wp-content/uploads/2019/05/How-the-worlds-largest-lion-relocation-from-South-Africa-to-Zimbabwe-was-pulled-off.pdf” title=”How the world’s largest lion relocation, from South Africa to Zimbabwe, was pulled off”]

Previous article about the reintroduction of 24 Lions to Mocambique